30. June 2018 By ourgoodplace in Uncategorized

We are Christian & Silke and we want to invite you to our journey to Our Good Place!

Our Good Place stands synonymous for our desires, dreams and needs to change our lifes dramaticly and shall be the name of this project. Living in a row house in a cramped city feels no longer appropriate for us. the lack of room to breathe and space for development had some negative impacts on our lifes.

From where we start.

The row house, in which upper half we at the moment live in, was initially bought by Christian‘s Mom and Dad in 1975. This house has 4 apartments, two 3 room flats, a two room flat in the basement and a one room flat in the attic. Because of financial struggles Christian‘s Mom had to sell the lower half of the house in 2001, which made the whole situation much more worse. The communication between the two parties went wrong shortly after the sell and are still ‘complicated’ to describe it nicely. 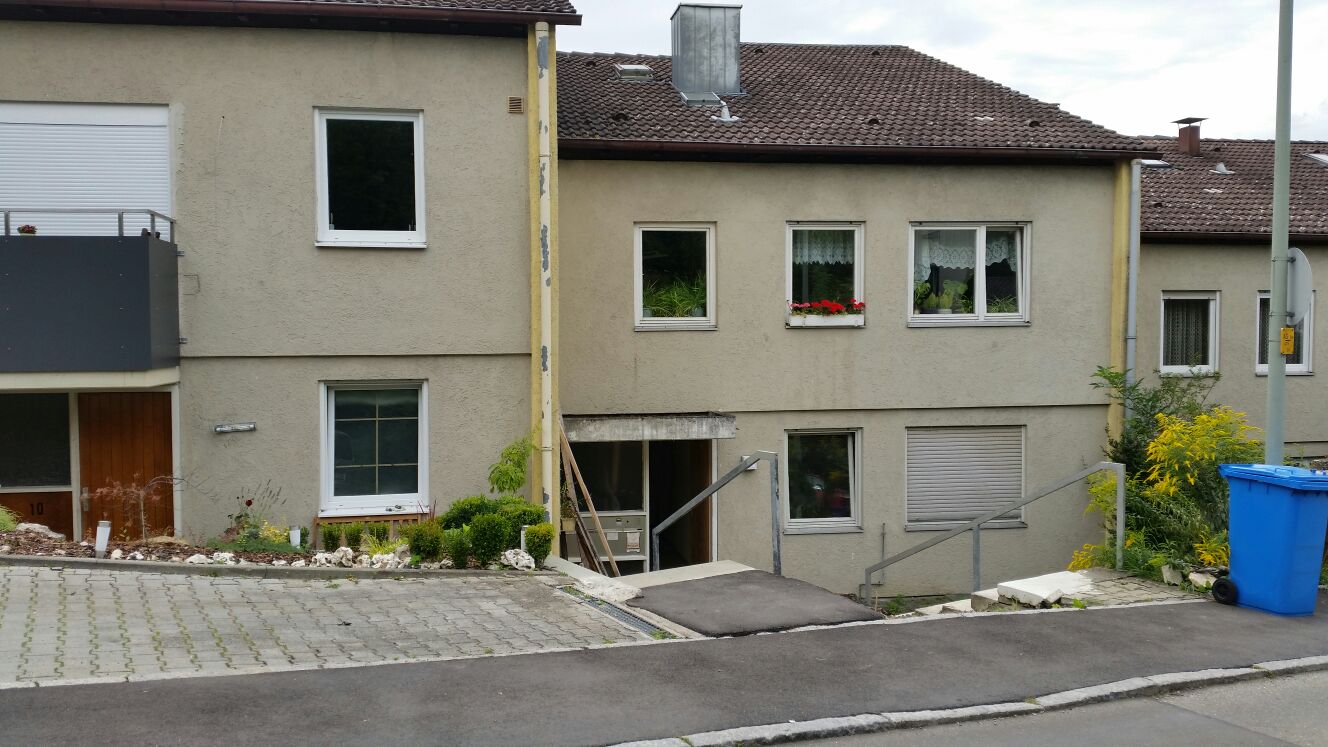 Several attempts to solve problems went terribly wrong also. And by doing the math we came to the conclusion, that every dime we would invest in renovations and improvements would be one dime too much, because our co-owner never got into a basic cooperational mode.
The co-owner has not enough funds to cash us out and we lack the money (and the power) ‘to make him an offer he can’t refuse’. And even if we could afford the rebuy, it would be at too high costs for what the property could or should be evolved in, there simply aren’t enough space and posibillities to justify such an investment.

Raiders of the lost place.

So we decided to sell our half of the property, which hasen’t happen as by now and our hunt for a better place has begun. Because of the ‘delicate’ situation we don’t expect to get as much money as possible for what we have to offer the market. So there will be no easy way out. For the amount we might get we for sure aren’t able to buy anything comparable but less ‘complicated’. And we also don’t wan’t anything comparable we want more because we need more to be happy and stay sane. We also feel the need for us to get out of the city to a more rural erea, because a good place there sounds so much more desirable than anything a city could ever offer to us.

Jack of many trades.

Fortunately Christian is not only a journeyman joiner he is also very versatile in other trades beneficial to home building and improvement. So this comes very handy for such a life-changing and challenging project.

Christian was married and has two daughters till his wife had other plans. In 2010 he moved back into his mothers house as a temporary solution, but after a while decided to stay, because the health of his mother had decreased alarmingly. He moved on from child care to elder care by circumstances in just a short period of time and had to hold back plans for his new life. From 2001 to 2010 he was a stay-at-home dad and now had become a stay-at-home son – sort of funny if you ignore the downside aspects, which comes along with such a development. A divorce after almost 20 years of marriage and having to leave his daughters behind, starting a whole new life after already becoming 40 is no easy task alone, taking care of your own mother can becoming challenging too.

In early 2011 his dad died, which he had lost contact since the early 1980’s after the seperation of his parents, he only learned of his dad’s passing after the funeral.

An heart attack on Christmas Eve 2013 – after installing a kitchen at a friend’s flat in the morning – was also a life-changing moment, which required a long time to rethink how life should be and what to expect from the future.

A dream team for upcoming adventures.

While Christian has not only a background in professional construction, but also as a volunteer CEO of a non-profit youth club for over 10 years and as a father, maintainer and maker, Silke has a way different background, which makes her – at the first glance – not the best match for the demands of such a project you might think, but just wait for it.

Silke and Christian fell in love by accident in 2010 while he was in Cologne over a weekend to attend at an reenactment event at Friday. Saturday evening Christian had time off so he decided to contact her, so she could show him the city – you know: a small-town boy better looks out for some guidance in a big city. Christian met Silke casually a year before, also at an reenactment event, there he learned that she was living in Cologne. Christian remembered that and managed to reach out to her. Some weeks later they became a couple and in 2012 she moved from Cologne to his hometown.

For over 12 years Silke worked as a state-qualified nurse at a hospital, but she had to quit, because of health issues related not only to her job.
Since Silke came to live with Christian she had to join several home improvement projects and became his construction site ‘Padawan’, so she is now a very good asset to what is planed. And beside that Christian feels better knowing to have a personal nurse beside, who will take care of him when ever it is needed!

» Why write a German blog in English?